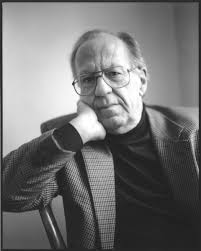 Rudolf Kelterborn was born in 1931 in Basel, Switzerland. Following his school education he enrolled in conducting courses with Igor Markevitch in Salzburg. He continued his musical studies at the Music Academy of Basel (composition with Walther Geiser, conducting with Alexander Krannhals, and music theory with Gustav Güldenstein and Walter Müller von Kulm) and at the University of Basel, where he studied musicology with Jacques Handschin. Subsequently he studied with Willy Burkhard, Günter Bialas, and Wolfgang Fortner. In 1956 and 1960 he participated at the International Summer Courses for New Music in Darmstadt, Germany.

From 1956–1960 Kelterborn lectured in music theory at the Music Academy of Basel, and from 1960–1968 he taught music theory, musical analysis, and composition at the Nordwestdeutsche Musikakademie in Detmold, Germany; he obtained his professorship in 1963.

From 1968–1975 and from 1980–1983 Kelterborn served at the Conservatory and the College of Music in Zurich, Switzerland; from 1980–1983 he also lectured at the Hochschule für Musik in Karlsruhe, Germany. In 1983 he returned to Basel where he filled the position as director of the Music Academy.

He received appointments as guest lecturer in England, Lithuania, Russia (Saint Petersburg Conservatory), Japan (Kunitachi Music College), China (Shanghai Conservatory of Music), and the USA. He was also active as a conductor until 1996.

From 1969–1974 Kelterborn was the general editor of the Schweizerische Musikzeitung, and from 1974–1980 he headed the music division of the broadcaster Schweizer Radio DRS. In 1987 he co-founded the Basler Musik Forum with Heinz Holliger and Jürg Wyttenbach.

In 1992 Kelterborn was composer in residence at Cheltenham Festival. His works are performed throughout Europe, the USA, and in Japan.