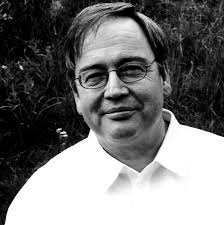 Jean-Luc Darbellay was born in 1946 in Berne, Switzerland. At the Berne Conservatory he studied clarinet with Kurt Weber and composition with Cristóbal Halffter and Dimitri Terzakis. Subsequently he attended masterclasses at IMF Lucerne with Heinz Holliger, Klaus Huber, and, as his assistant, with Edison Denisov. Furthermore, he attended the seminars of Pierre Boulez in Paris and conducting classes with Franco Ferrara.

Darbellay’s works have been performed in Switzerland (close collaboration with Swiss Radio and TV led to the commission for Oyama, presented by the Orchestre de la Suisse Romande under maestro Fabio Luisi; the German version took place at the Gewandhaus Leipzig), Paris (two commissions by Radio France, Festival Présences, as well as the premiere of Incident Room, based on a text by Ken Edwards, at the Théâtre Molière), Russia (Festivals in St. Petersburg and Moscow), Zagreb (Biennale), Prague, Vienna (Wien modern), Salzburg (Festival Aspekte), and in Leipzig (commissions and productions for the Mitteldeutscher Rundfunk [MDR], leading to the world premiere of his Requiem at the Gewandhaus). Works by Darbellay have been included in the offerings at the ISCM World Music Days (Bukarest, Luxemburg, Yokohama, Hong Kong, Slovenia, Switzerland, Sweden, and Croatia).

Olivier Darbellay premiered Mégalithe – Lutèce for horn and ensemble in Paris, Cité de la Musique, with the Tokyo Sinfonietta, at the Festival Présences, under the direction of Yasuaki Itakura. The Swiss premiere of Requiem under conductor Emilio Pomàrico took place at the Lucerne Festival. Dernière lettre à Théo (text: Metin Arditi) was premiered by the Orchestre de la Suisse Romande at Victoria Hall in Geneva, with soloist Rudolf Rosen (baritone).

In 2003 Darbellay founded the concert series / festival l’art pour l’Aar, in conjunction with other Swiss composers.

In 2002 he won the jubilee-prize of the Berne Symphony Orchestra for his work Ondes.

In 2005 he was honored by the French State as Chevalier de l’Ordre des Arts et des Lettres.

All his works (with a few exeptions) are published by Ricordi, Berlin. In 2009 Claves released a CD portrait in co-production with the MDR, and in 2011 Musiques Suisses – Grammont released a CD with chamber music.